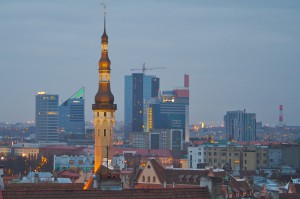 Geographically, Estonia is on the north-eastern edge of the European Union, bordering Russia and Latvia.